by Igor Bonifacic
in Technology News

IBM claims it has taken a major step toward practical quantum computation. On Monday, the company unveiled Eagle, a 127 qubit quantum processor. IBM claims it’s the first such processor that can’t be simulated by a classical supercomputer. To make sense of what that means, the company says to simulate Eagle you would need more classical bits than there are atoms in every human being on the planet. IBM is crediting the breakthrough to a new design that puts the processor’s control components on multiple physical levels while the qubits are located on a single layer. It’s a design the company says allows for a significant increase in computing power.

One aspect of Eagle the company isn’t talking about at the moment is quantum volume. Cointed by IBM, it’s a metric that attempts to measure the performance of a quantum computer by taking a holistic view of its different parts. Not only does it take into account qubits, but also the way in which they interact with one another. The higher the quantum volume, the more capable a quantum computer is at tackling difficult problems. 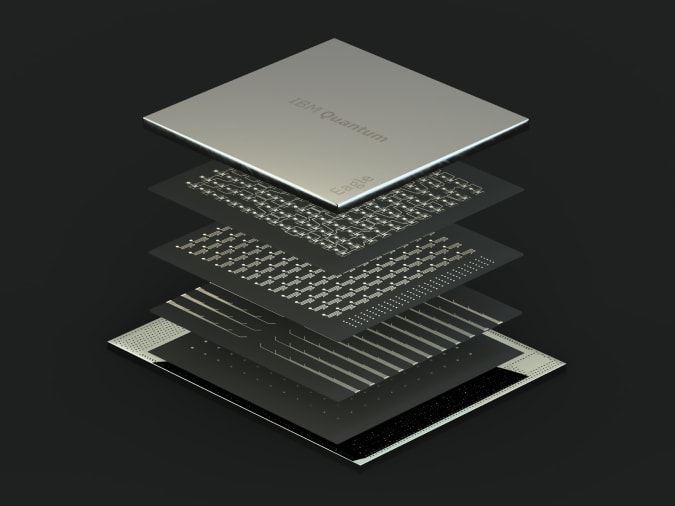 “Our first 127-qubit Eagle processor is available as an exploratory system on the IBM Cloud to select members of the IBM Quantum Network,” Jerry Chow, the director of IBM’s Quantum Hardware System Development unit, told Engadget. “Exploratory systems are early access to our latest technologies and so we do not guarantee uptime or a particular level of repeatable performance, as measured by quantum volume.”

Without knowing the quantum volume of the Eagle processor, it’s hard to say exactly how it compares to what’s out there already. Last October, Honeywell claimed its System Model H1 had a quantum volume of 128 with just 10 connected qubits. For reference, earlier in the year IBM announced a 27 qubit system with a then industry-leading quantum volume of 64. Clearly, the company’s new processor is powerful, but qubits don’t tell the whole story here.

What’s also notable about Eagle is that IBM is not claiming quantum supremacy. According to the company, it’s a step toward that milestone, but the processor is not yet at the point where it can solve problems that classical computers cannot. In 2019, Google sparked controversy when it (briefly) claimed it had achieved the feat with its Sycamore system. At the time, IBM called the company’s claims “indefensible” based on the fact Google built the computer to solve one specific equation.

IBM will make Eagle available to select members of its Quantum Network starting next month.

Books that changed my career as a software engineer

Books that changed my career as a software engineer

Source: Dreamstime.com Hi folks, It has been a long time since my last post. It’s time to back to writing,...

Richard Kramer analyst at Arete Research reiterates coverage on Apple (AAPL) in the Technology sector with a Buy rating. TipRanks.com has Vogt...

Michael Leithead analyst at Barclays reiterates coverage on Huntsman (HUN) in the Basic Materials sector with a Buy rating. TipRanks.com has Viswanathan...