ICYMI: We open (and close) the Samsung Galaxy Z Flip 3

by Amber Bouman
in Technology News

This week was all about smartphones at Engadget. Cherlynn Low spent some time with the Galaxy Z Flip 3 to determine who it’s really for. Terrence O’Brien compared and contrasted the Pixel 5a against previous versions to find out where the value lies in the upgraded model. Cherlynn also put the ASUS-Qualcomm Snapdragon smartphone through its paces to see how it stacks up against mainstream devices. 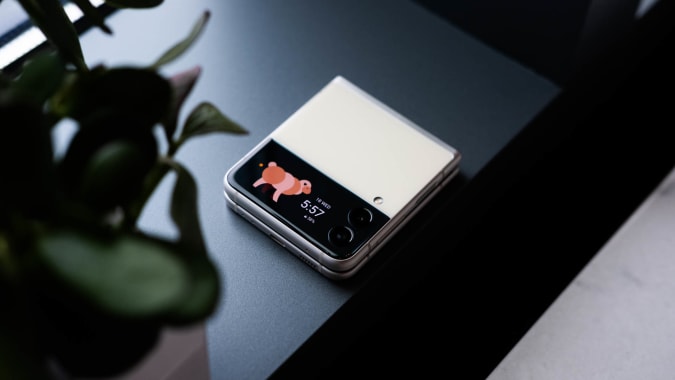 Cherlynn Low was upfront about the Galaxy Z Flip 3 in her review. Not only is it the best foldable phone yet with a fast, large screen, neat software tricks and water resistance, but it’s also now available at a (relatively) reasonable $1,000. She says it’s basically a regular smartphone that folds in half with a satisfying snap. The stronger aluminum, refined hinge and tough screen made it the first foldable she was willing to throw into a purse without worrying about scratching. She liked the widgets available for the Cover Display window, the new color options and the Flex mode, which assisted with one-handed use.

Despite that, she still feels the Z Flip 3 is a hard sell. The battery life was woefully short and rarely lasted an entire day, and the software was a bit buggy. While most apps fit nicely on the screen, there was an occasional mismatch of aspect ratios that caused difficulties. For example, the pop-up dialogs in Settlers of Catan disappeared into the edges of the display. Plus, it was hard to find the benefit for more mainstream audiences who could purchase an iPhone or Samsung handset for the same price. For those who are nostalgic or curious enough to buy the Z Flip 3, they ‘ll find themselves with a capable device that has the best any foldable can offer.

Google’s Pixel 5a is an incremental (and somewhat boring) update 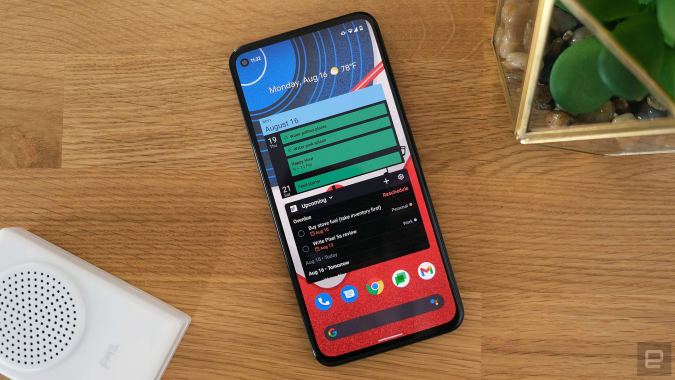 Terrence O’Brien is quick to point out that the $449 Pixel 5a is a bit of a stop-gap: The Pixel 4a 5G was a solid offering and the Pixel 6 should be right around the corner. That being said, there’s still a few things about the 5a that make it worth considering. While the 5a keeps the same processor, RAM and camera experience as the previous version, it adds IP67 water and dust resistance and an incredible battery. Terrence said the 4,680mAh battery survived through nearly 23 hours of video play before powering down, and was still at 40 percent after 24 hours of general heavy usage.

The rest of the features on the 5a include a metal unibody with a matte texture, an upgrade to Gorilla Glass 6 and a 6.34-inch OLED panel with HDR support and 2,400 x 1,080 resolution. Terrence admits that the Snapdragon 765G processor is a bit outdated, but also says that the 5a still felt responsive and quick while reading email or playing The Elder Scrolls: Blades. However, it stuttered a few times while navigating YouTube and editing photos. The camera experience is also excellent, though the same as the features on the 4a 5G: an 8-megapixel front-facing camera, a 12.2-megapixel main lens and a 16-megapixel ultra-wide-angle. Overall, Terrence’s biggest objection to the 5a was that it was a bit boring in that it’s very close to a reproduction of the 4a 5G.

The Smartphone for Snapdragon Insiders truly isn’t for everyone 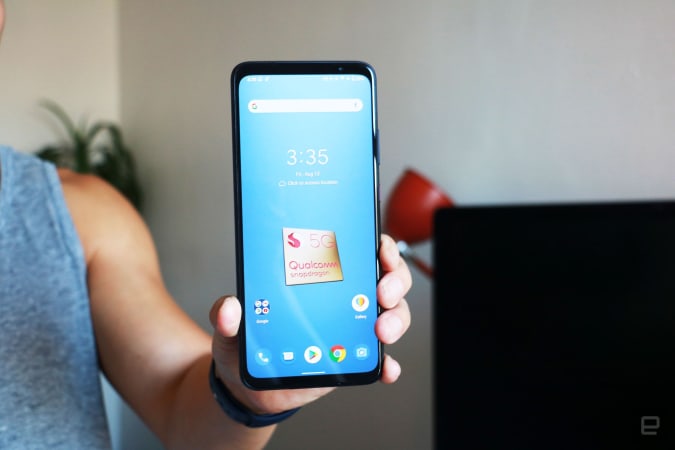 Qualcomm and ASUS teamed up to create a smartphone for fans of the Snapdragon chipset, but Cherlynn Low says it’s a bit too niche to broadly recommend. With a 6.8-inch screen and weighing in at 210 grams, this is one of the heavier phones that she’s tested recently — and its looks differentiate it from the competition. Cherlynn says its rounded-rectangle body, matte blue finish and shiny red accents make it stand out, but she was less fond of the illuminated icon on the rear which can glow on and off.

The rest of the $1,499 device includes a 144Hz refresh rate display, comprehensive 5G support and rapid charging. The AMOLED panel runs at a resolution of 2,448 x 1,080 and delivers vibrant colors and deep blacks. However, the 20.4:9 aspect ratio cut off some content like the ends of longer messages in Telegram. The phone includes a pair of wireless Master and Dynamic earbuds to pair with Qualcomm’s High Dynamic Range Audio Record to support high-res 24-bit 96kHz audio. However, there were several features that had yet to be released, and the phone did tend to run hot. Cherlynn says unless you’re a big Qualcomm fan or really need the refresh rate, you’ve got better options elsewhere.

Loupedeck Live is a control surface ideal for desktop apps 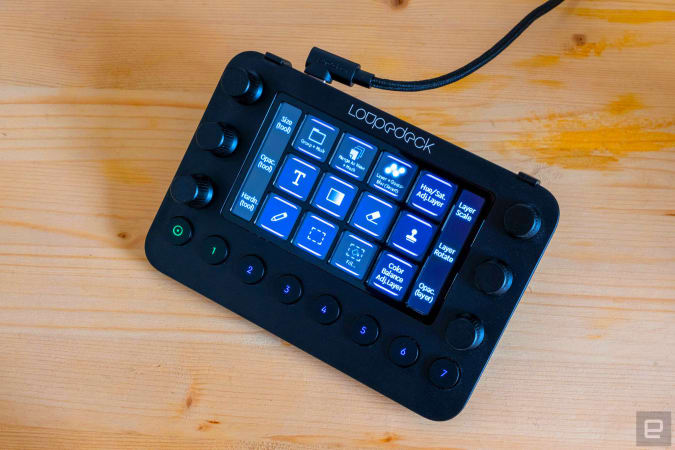 First, James Trew wants you to understand what the Loupedeck Live is: a Mac or PC control surface with multiple configurable dials and buttons. He also wants you to understand what it’s best for, which is audio- or image-editing and a workflow of dynamic profiles. When using these profiles, the Loupedeck will automatically switch to the assigned buttons and rotaries you’ve selected for that program. This means the Live is adaptive and will follow you with a variety of actions and choices as you navigate.

That puts it in contrast to the competition, the Elgato Stream Deck, which works as more of a program launcher. The Loupedeck Live offers three models of control surface with each being physically distinct and intended for different uses; James says the Live version looked good on his desk. He particularly liked the mini LCD displays on the buttons, which show what each does, and the rotary dials, which he found useful for volume control or scrolling through a list. James felt the particular strength of the Loupedeck was the large amount of native-app support it offers — not only can it be helpful for streaming, but it will also lend a hand when editing or designing a logo.

Flames come out of a domestic gas ring on a stove in Manchester, Britain, September 20, 2021. REUTERS/Phil NobleLONDON, Sept...

Hamir Patel, analyst at CIBC, reiterates coverage on West Fraser Timber Co (WFG) in the Basic Materials sector with a...

Michael Turrin, analyst at Wells Fargo, reiterates coverage on Workday (WDAY) in the Technology sector with a Buy rating. TipRanks.com...